Oregon Ducks’ Cliff Harris was pulled over yesterday by Eugene’s police department for driving on a suspended license, having no 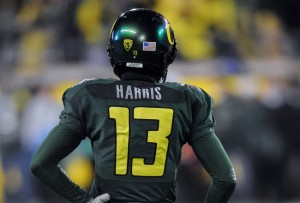 insurance and driving without wearing a seat belt according to the Eugene Register-Guard. This is the second time Harris has been pulled over and cited by police in the last eight months.

Oregon Ducks coach Chip Kelly has suspended Cliff Harris indefinitely from the football team, “a complete prohibition from all football activities until the matter is resolved,” the athletic department announced in a released statement.

What does this mean for Oregon Ducks football? Without Cliff Harris, do you think Oregon’s defense has what it takes to win against Stanford’s Andrew Luck and USC next month?